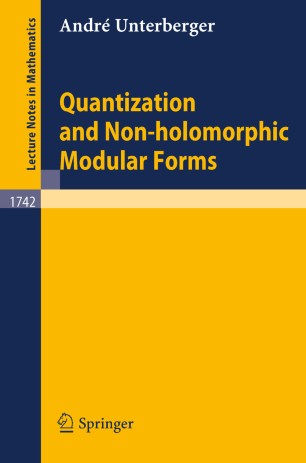 This is a new approach to the theory of non-holomorphic modular forms, based on ideas from quantization theory or pseudodifferential analysis. Extending the Rankin-Selberg method so as to apply it to the calculation of the Roelcke-Selberg decomposition of the product of two Eisenstein series, one lets Maass cusp-forms appear as residues of simple, Eisenstein-like, series. Other results, based on quantization theory, include a reinterpretation of the Lax-Phillips scattering theory for the automorphic wave equation, in terms of distributions on R2 automorphic with respect to the linear action of SL(2,Z).