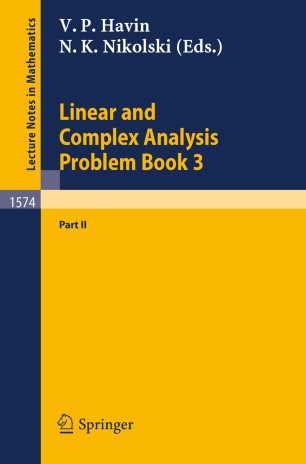 The 2-volume-book is an updated, reorganized and considerably enlarged version of the previous edition of the Research Problem Book in Analysis (LNM 1043), a collection familiar to many analysts, that has sparked off much research. This new edition, created in a joint effort by a large team of analysts, is, like its predecessor, a collection of unsolved problems of modern analysis designed as informally written mini-articles, each containing not only a statement of a problem but also historical and metho- dological comments, motivation, conjectures and discussion of possible connections, of plausible approaches as well as a list of references. There are now 342 of these mini- articles, almost twice as many as in the previous edition, despite the fact that a good deal of them have been solved!