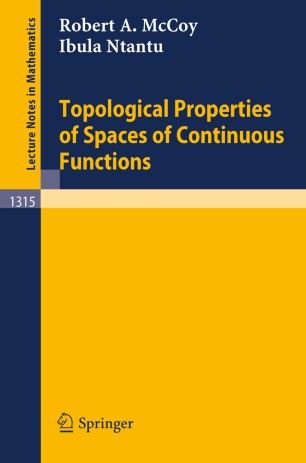 This book brings together into a general setting various techniques in the study of the topological properties of spaces of continuous functions. The two major classes of function space topologies studied are the set-open topologies and the uniform topologies. Where appropriate, the analogous theorems for the two major classes of topologies are studied together, so that a comparison can be made. A chapter on cardinal functions puts characterizations of a number of topological properties of function spaces into a more general setting: some of these results are new, others are generalizations of known theorems. Excercises are included at the end of each chapter, covering other kinds of function space topologies. Thus the book should be appropriate for use in a classroom setting as well as for functional analysis and general topology. The only background needed is some basic knowledge of general topology.