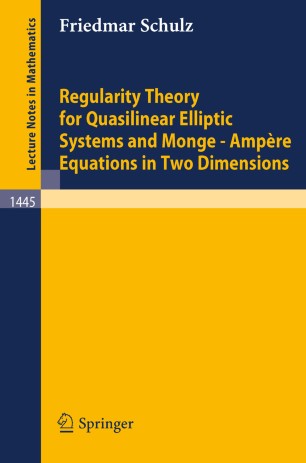 These lecture notes have been written as an introduction to the characteristic theory for two-dimensional Monge-Ampère equations, a theory largely developed by H. Lewy and E. Heinz which has never been presented in book form. An exposition of the Heinz-Lewy theory requires auxiliary material which can be found in various monographs, but which is presented here, in part because the focus is different, and also because these notes have an introductory character. Self-contained introductions to the regularity theory of elliptic systems, the theory of pseudoanalytic functions and the theory of conformal mappings are included. These notes grew out of a seminar given at the University of Kentucky in the fall of 1988 and are intended for graduate students and researchers interested in this area.