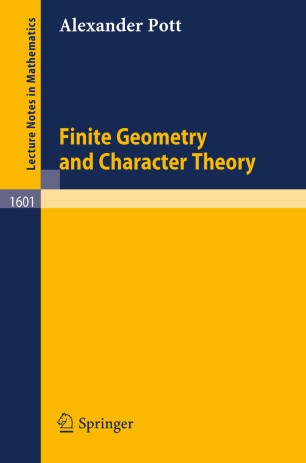 Difference sets are of central interest in finite geometry and design theory. One of the main techniques to investigate abelian difference sets is a discrete version of the classical Fourier transform (i.e., character theory) in connection with algebraic number theory. This approach is described using only basic knowledge of algebra and algebraic number theory. It contains not only most of our present knowledge about abelian difference sets, but also gives applications of character theory to projective planes with quasiregular collineation groups. Therefore, the book is of interest both to geometers and mathematicians working on difference sets. Moreover, the Fourier transform is important in more applied branches of discrete mathematics such as coding theory and shift register sequences.