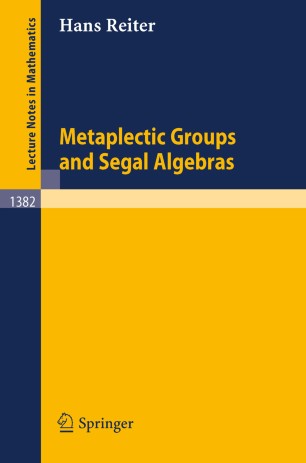 These notes give an account of recent work in harmonic analysis dealing with the analytical foundations of A. Weil's theory of metaplectic groups. It is shown that Weil's main theorem holds for a class of functions (a certain Segal algebra) larger than that of the Schwartz-Bruhat functions considered by Weil. The theorem is derived here from some general results about this class which seems to be a rather natural one in the context of Weil's theory. No previous knowledge of the latter is assumed, however, and the theory is developed here, step by step; Further, a complete discussion of the Segal algebra concerned is given, with references to the literature. Weil's metaplectic groups are somewhat easier to investigate when the characteristic is not 2; the case of characteristic 2 presents some special features which are fully discussed. New problems that arise are indicated.