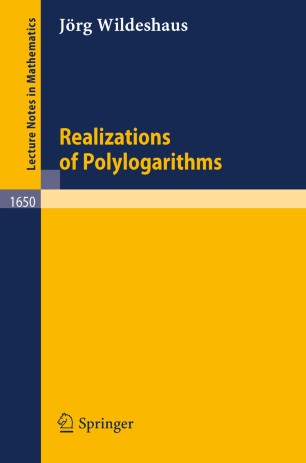 Classically, higher logarithms appear as multivalued functions on the projective line. Today they can be interpreted as entries of the period matrix of a certain variation of Hodge structure, itself called the "polylogarithm". The aim of the book is to document the sheaf-theoretical foundations of the field of polylogarithms. Earlier, partly unpublished results and constructions of Beilinson, Deligne, and Levin on the classical and elliptic polylog are generalized to the context of Shimura varieties. The reader is expected to have a sound background in algebraic geometry. Large parts of the book are expository, and intended as a reference for the working mathematician. Where a self-contained exposition was not possible, the author gives references in order to make the material accessible for advanced graduate students.