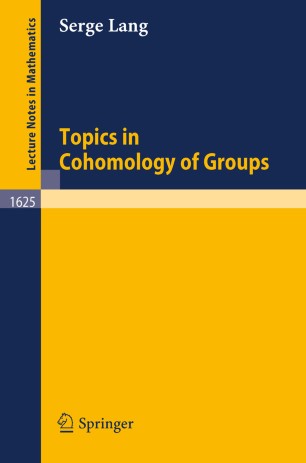 Topics in Cohomology of Groups

The book is a mostly translated reprint of a report on cohomology of groups from the 1950s and 1960s, originally written as background for the Artin-Tate notes on class field theory, following the cohomological approach. This report was first published (in French) by Benjamin. For this new English edition, the author added Tate's local duality, written up from letters which John Tate sent to Lang in 1958 - 1959. Except for this last item, which requires more substantial background in algebraic geometry and especially abelian varieties, the rest of the book is basically elementary, depending only on standard homological algebra at the level of first year graduate students.