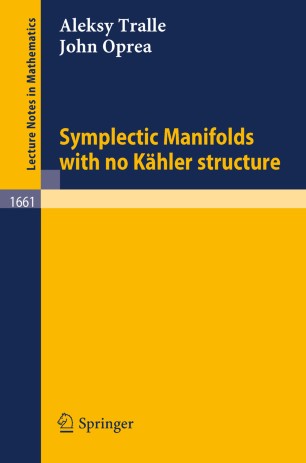 Symplectic Manifolds with no Kähler Structure

This is a research monograph covering the majority of known results on the problem of constructing compact symplectic manifolds with no Kaehler structure with an emphasis on the use of rational homotopy theory. In recent years, some new and stimulating conjectures and problems have been formulated due to an influx of homotopical ideas. Examples include the Lupton-Oprea conjecture, the Benson-Gordon conjecture, both of which are in the spirit of some older and still unsolved problems (e.g. Thurston's conjecture and Sullivan's problem). Our explicit aim is to clarify the interrelations between certain aspects of symplectic geometry and homotopy theory in the framework of the problems mentioned above. We expect that the reader is aware of the basics of differential geometry and algebraic topology at graduate level.