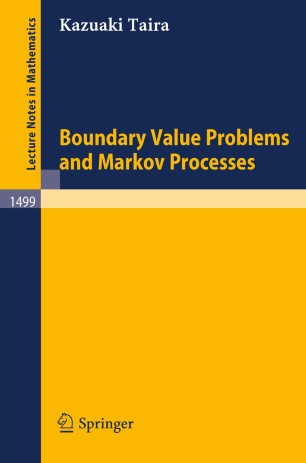 Focussing on the interrelations of the subjects of Markov processes, analytic semigroups and elliptic boundary value problems, this monograph provides a careful and accessible exposition of functional methods in stochastic analysis. The author studies a class of boundary value problems for second-order elliptic differential operators which includes as particular cases the Dirichlet and Neumann problems, and proves that this class of boundary value problems provides a new example of analytic semigroups both in the Lp topology and in the topology of uniform convergence. As an application, one can construct analytic semigroups corresponding to the diffusion phenomenon of a Markovian particle moving continuously in the state space until it "dies", at which time it reaches the set where the absorption phenomenon occurs. A class of initial-boundary value problems for semilinear parabolic differential equations is also considered. This monograph will appeal to both advanced students and researchers as an introduction to the three interrelated subjects in analysis, providing powerful methods for continuing research.