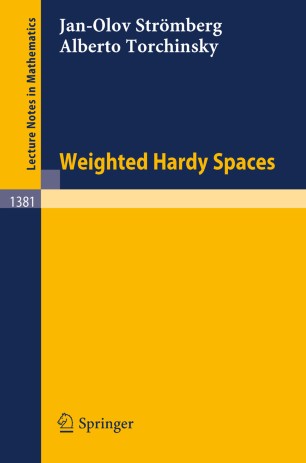 These notes give the basic ingredients of the theory of weighted Hardy spaces of tempered distribution on Rn and illustrate the techniques used. The authors consider properties of weights in a general setting; they derive mean value inequalities for wavelet transforms and introduce halfspace techniques with, for example, nontangential maximal functions and g-functions. This leads to several equivalent definitions of the weighted Hardy space HPW. Fourier multipliers and singular integral operators are applied to the weighted Hardy spaces and complex interpolation is considered. One tool often used here is the atomic decomposition. The methods developed by the authors using the atomic decomposition in the strictly convex case p>1 are of special interest.