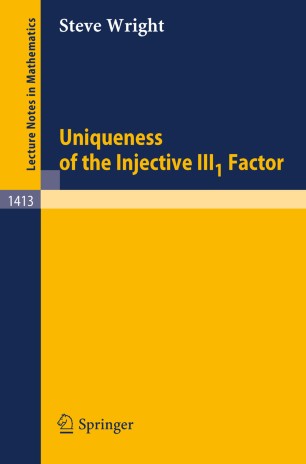 Uniqueness of the Injective III1 Factor

Based on lectures delivered to the Seminar on Operator Algebras at Oakland University during the Winter semesters of 1985 and 1986, these notes are a detailed exposition of recent work of A. Connes and U. Haagerup which together constitute a proof that all injective factors of type III1 which act on a separable Hilbert space are isomorphic. This result disposes of the final open case in the classification of the separably acting injective factors, and is one of the outstanding recent achievements in the theory of operator algebras. The notes will be of considerable interest to specialists in operator algebras, operator theory and workers in allied areas such as quantum statistical mechanics and the theory of group representations.