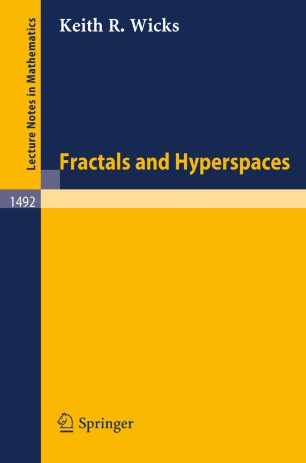 Addressed to all readers with an interest in fractals, hyperspaces, fixed-point theory, tilings and nonstandard analysis, this book presents its subject in an original and accessible way complete with many figures. The first part of the book develops certain hyperspace theory concerning the Hausdorff metric and the Vietoris topology, as a foundation for what follows on self-similarity and fractality. A major feature is that nonstandard analysis is used to obtain new proofs of some known results much more slickly than before. The theory of J.E. Hutchinson's invariant sets (sets composed of smaller images of themselves) is developed, with a study of when such a set is tiled by its images and a classification of many invariant sets as either regular or residual. The last and most original part of the book introduces the notion of a "view" as part of a framework for studying the structure of sets within a given space. This leads to new, elegant concepts (defined purely topologically) of self-similarity and fractality: in particular, the author shows that many invariant sets are "visually fractal", i.e. have infinite detail in a certain sense. These ideas have considerable scope for further development, and a list of problems and lines of research is included.