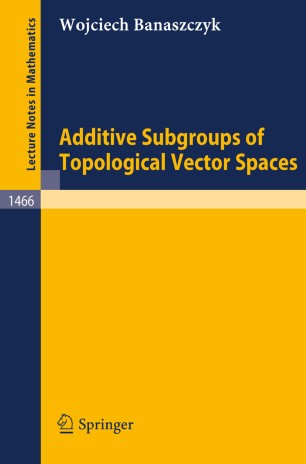 The Pontryagin-van Kampen duality theorem and the Bochner theorem on positive-definite functions are known to be true for certain abelian topological groups that are not locally compact. The book sets out to present in a systematic way the existing material. It is based on the original notion of a nuclear group, which includes LCA groups and nuclear locally convex spaces together with their additive subgroups, quotient groups and products. For (metrizable, complete) nuclear groups one obtains analogues of the Pontryagin duality theorem, of the Bochner theorem and of the Lévy-Steinitz theorem on rearrangement of series (an answer to an old question of S. Ulam). The book is written in the language of functional analysis. The methods used are taken mainly from geometry of numbers, geometry of Banach spaces and topological algebra. The reader is expected only to know the basics of functional analysis and abstract harmonic analysis.