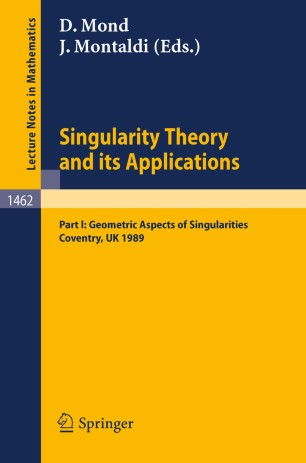 Singularity Theory and its Applications

A workshop on Singularities, Bifurcation and Dynamics was held at Warwick in July 1989 as part of a year-long symposium on Singularity Theory and its applications. The proceedings fall into two halves: Volume I mainly on connections with algebraic geometry and volume II on connections with dynamical systems theory, bifurcation theory, and applications in the sciences. The papers are orginal research, stimulated by the symposium and workshops: All have been refereed, and none will appear elsewhere. The main topic, deformation theory, is represented by several papers on descriptions of the bases of versal deformations, and several more on descriptions of the generic fibres. Other topics include stratifications, and applications to differential geometry.