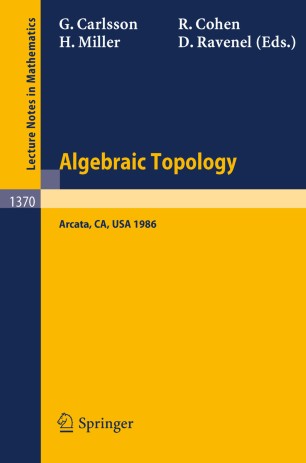 These are proceedings of an International Conference on Algebraic Topology, held 28 July through 1 August, 1986, at Arcata, California. The conference served in part to mark the 25th anniversary of the journal Topology and 60th birthday of Edgar H. Brown. It preceded ICM 86 in Berkeley, and was conceived as a successor to the Aarhus conferences of 1978 and 1982. Some thirty papers are included in this volume, mostly at a research level. Subjects include cyclic homology, H-spaces, transformation groups, real and rational homotopy theory, acyclic manifolds, the homotopy theory of classifying spaces, instantons and loop spaces, and complex bordism.