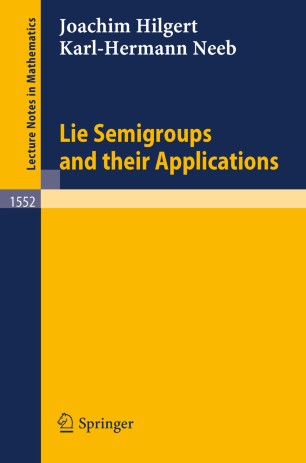 Lie Semigroups and their Applications

Subsemigroups of finite-dimensional Lie groups that are generated by one-parameter semigroups are the subject of this book. It covers basic Lie theory for such semigroups and some closely related topics. These include ordered homogeneous manifolds, where the order is defined by a field of cones, invariant cones in Lie algebras and associated Ol'shanskii semigroups. Applications to representation theory, symplectic geometry and Hardy spaces are also given. The book is written as an efficient guide for those interested in subsemigroups of Lie groups and their applications in various fields of mathematics (see the User's guide at the end of the Introduction). Since it is essentially self-contained and leads directly to the core of the theory, the first part of the book can also serve as an introduction to the subject. The reader is merely expected to be familiar with the basic theory of Lie groups and Lie algebras.