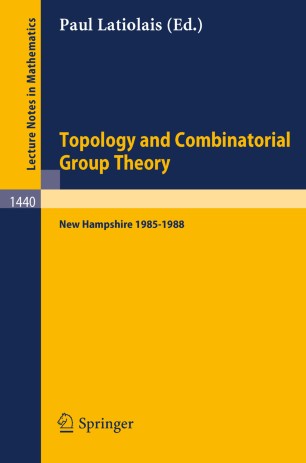 This book demonstrates the lively interaction between algebraic topology, very low dimensional topology and combinatorial group theory. Many of the ideas presented are still in their infancy, and it is hoped that the work here will spur others to new and exciting developments. Among the many techniques disussed are the use of obstruction groups to distinguish certain exact sequences and several graph theoretic techniques with applications to the theory of groups.