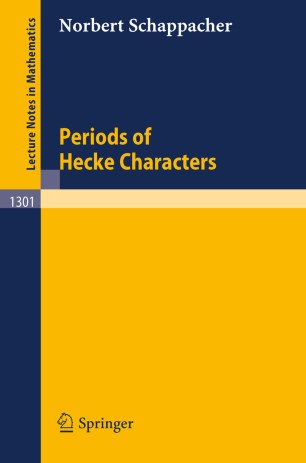 The starting point of this Lecture Notes volume is Deligne's theorem about absolute Hodge cycles on abelian varieties. Its applications to the theory of motives with complex multiplication are systematically reviewed. In particular, algebraic relations between values of the gamma function, the so-called formula of Chowla and Selberg and its generalization and Shimura's monomial relations among periods of CM abelian varieties are all presented in a unified way, namely as the analytic reflections of arithmetic identities beetween Hecke characters, with gamma values corresponding to Jacobi sums. The last chapter contains a special case in which Deligne's theorem does not apply.