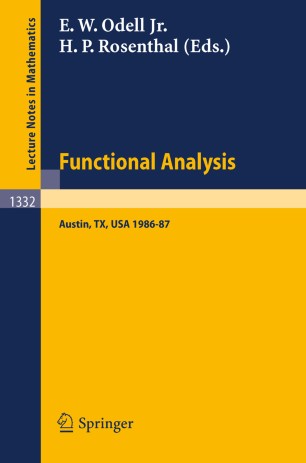 Proceedings of the Seminar at the University of Texas at Austin, 1986–87

The articles in this volume are based on talks given in a seminar at Austin during 1986-87. They range from those dealing with fresh research and discoveries to exposition and new proofs of older results. The main topics and themes include geometric and analytic properties of infinite-dimensional Banach spaces and their convex subsets as well as some aspects of Banach spaces associated with harmonic analysis and Banach algebras.