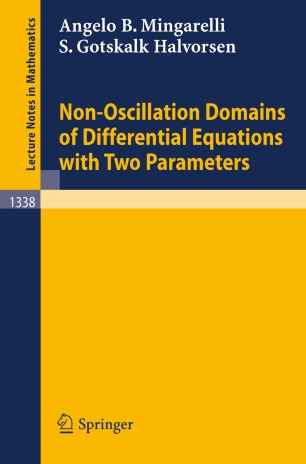 This research monograph is an introduction to single linear differential equations (systems) with two parameters and extensions to difference equations and Stieltjes integral equations. The scope is a study of the values of the parameters for which the equation has one solution(s) having one (finitely many) zeros. The prototype is Hill's equation or Mathieu's equation. For the most part no periodicity assumptions are used and when such are made, more general notions such as almost periodic functions are introduced, extending many classical and introducing many new results. Many of the proofs in the first part are variational thus allowing for natural extensions to more general settings later. The book should be accessible to graduate students and researchers alike and the proofs are, for the most part, self-contained.