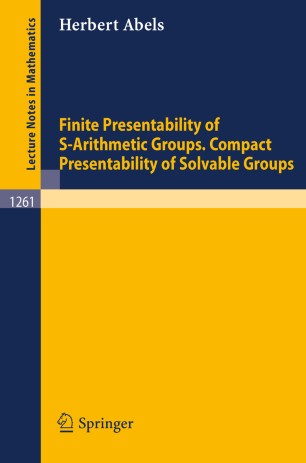 The problem of determining which S-arithmetic groups have a finite presentation is solved for arbitrary linear algebraic groups over finite extension fields of #3. For certain solvable topological groups this problem may be reduced to an analogous problem, that of compact presentability. Most of this monograph deals with this question. The necessary background material and the general framework in which the problem arises are given partly in a detailed account, partly in survey form. In the last two chapters the application to S-arithmetic groups is given: here the reader is assumed to have some background in algebraic and arithmetic group. The book will be of interest to readers working on infinite groups, topological groups, and algebraic and arithmetic groups.