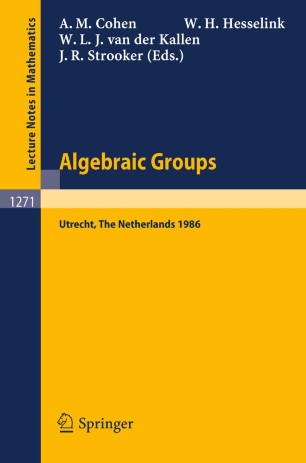 Proceedings of a Symposium in Honour of T.A. Springer

From 1-4 April 1986 a Symposium on Algebraic Groups was held at the University of Utrecht, The Netherlands, in celebration of the 350th birthday of the University and the 60th of T.A. Springer. Recognized leaders in the field of algebraic groups and related areas gave lectures which covered wide and central areas of mathematics. Though the fourteen papers in this volume are mostly original research contributions, some survey articles are included. Centering on the Symposium subject, such diverse topics are covered as Discrete Subgroups of Lie Groups, Invariant Theory, D-modules, Lie Algebras, Special Functions, Group Actions on Varieties.