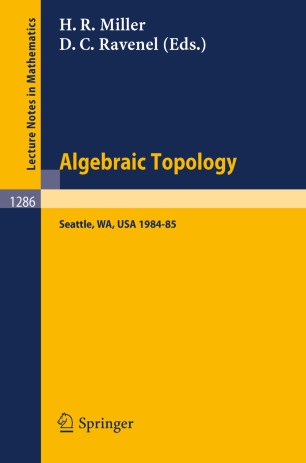 Proceedings of a Workshop held at the University of Washington, Seattle, 1985

During the Winter and spring of 1985 a Workshop in Algebraic Topology was held at the University of Washington. The course notes by Emmanuel Dror Farjoun and by Frederick R. Cohen contained in this volume are carefully written graduate level expositions of certain aspects of equivariant homotopy theory and classical homotopy theory, respectively. M.E. Mahowald has included some of the material from his further papers, represent a wide range of contemporary homotopy theory: the Kervaire invariant, stable splitting theorems, computer calculation of unstable homotopy groups, and studies of L(n), Im J, and the symmetric groups.