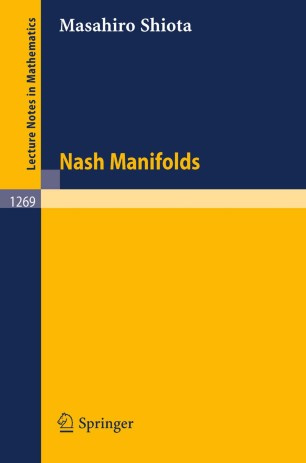 A Nash manifold denotes a real manifold furnished with algebraic structure, following a theorem of Nash that a compact differentiable manifold can be imbedded in a Euclidean space so that the image is precisely such a manifold. This book, in which almost all results are very recent or unpublished, is an account of the theory of Nash manifolds, whose properties are clearer and more regular than those of differentiable or PL manifolds. Basic to the theory is an algebraic analogue of Whitney's Approximation Theorem. This theorem induces a "finiteness" of Nash manifold structures and differences between Nash and differentiable manifolds. The point of view of the author is topological. However the proofs also require results and techniques from other domains so elementary knowledge of commutative algebra, several complex variables, differential topology, PL topology and real singularities is required of the reader. The book is addressed to graduate students and researchers in differential topology and real algebraic geometry.