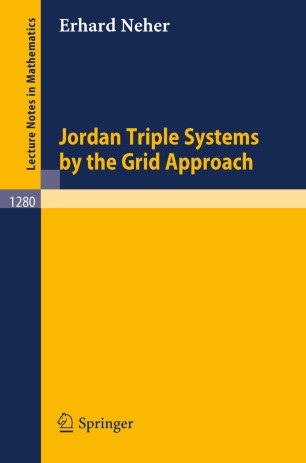 Grids are special families of tripotents in Jordan triple systems. This research monograph presents a theory of grids including their classification and coordinization of their cover. Among the applications given are - classification of simple Jordan triple systems covered by a grid, reproving and extending most of the known classification theorems for Jordan algebras and Jordan pairs - a Jordan-theoretic interpretation of the geometry of the 27 lines on a cubic surface - structure theories for Hilbert-triples and JBW*-triples, the Jordan analogues of Hilbert-triples and W*-algebras which describe certain symmetric Banach manifolds. The notes are essentially self-contained and independent of the structure theory of Jordan algebras and Jordan pairs. They can be read by anyone with a basic knowledge in algebraic geometry or functional analysis. The book is intended to serve both as a reference for researchers in Jordan theory and as an introductory textbook for newcomers to the subject.