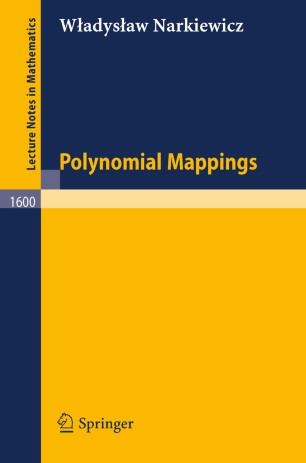 The book deals with certain algebraic and arithmetical questions concerning polynomial mappings in one or several variables. Algebraic properties of the ring Int(R) of polynomials mapping a given ring R into itself are presented in the first part, starting with classical results of Polya, Ostrowski and Skolem. The second part deals with fully invariant sets of polynomial mappings F in one or several variables, i.e. sets X satisfying F(X)=X . This includes in particular a study of cyclic points of such mappings in the case of rings of algebrai integers. The text contains several exercises and a list of open problems.