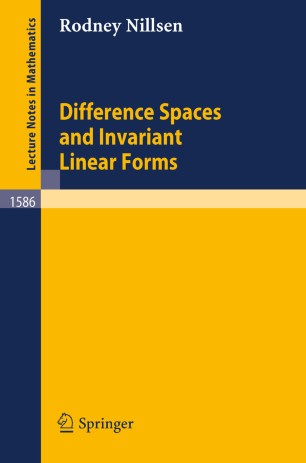 Difference spaces arise by taking sums of finite or fractional differences. Linear forms which vanish identically on such a space are invariant in a corresponding sense. The difference spaces of L2 (Rn) are Hilbert spaces whose functions are characterized by the behaviour of their Fourier transforms near, e.g., the origin. One aim is to establish connections between these spaces and differential operators, singular integral operators and wavelets. Another aim is to discuss aspects of these ideas which emphasise invariant linear forms on locally compact groups. The work primarily presents new results, but does so from a clear, accessible and unified viewpoint, which emphasises connections with related work.