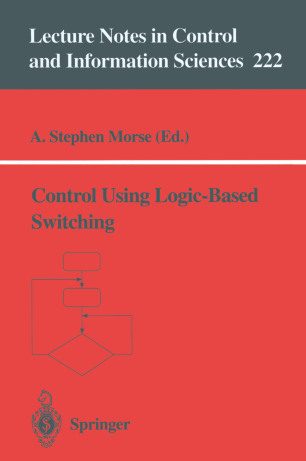 A logic-based switching controller is one whose subsystems include not only familiar dynamical components such as integrators, summers, gains etc. but event-driven logic and associated switches as well. In such a system the predominantly logical component is the supervisor, mode changer, etc. There has been growing interest in recent years in determining what could be gained from utilising "hybrid" controllers of this type. To this end a workshop was held on Block Island with the aim of bringing together individuals to discuss the research and common interest in the field. This volume not only includes contributions from those who were present at Block Island but also additional material from those who were not. Topics covered include: hybrid dynamical systems, control of hard-bound constrained and nonlinear systems, automotive problems involving switching control and system control in the face of large-scale modeling errors.