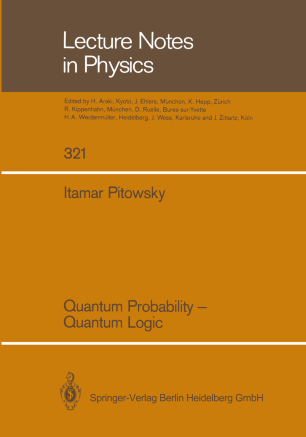 This book compares various approaches to the interpretation of quantum mechanics, in particular those which are related to the key words "the Copenhagen interpretation", "the antirealist view", "quantum logic" and "hidden variable theory". Using the concept of "correlation" carefully analyzed in the context of classical probability and in quantum theory, the author provides a framework to compare these approaches. He also develops an extension of probability theory to construct a local hidden variable theory. The book should be of interest for physicists and philosophers of science interested in the foundations of quantum theory.