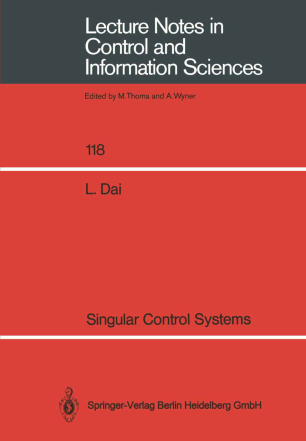 This monograph is sums up the development of singular system theory and provides the control circle with a systematic theory of the system. It focuses on the analysis and synthesis of singular control systems. Its distinctive features include systematic discussion of controllabilities and observabilities, design of singular or normal observers and compensators with their structural stability, systems analysis via transfer matrix, and studies of discrete-time singular systems. Some acquaintance with linear algebra and linear systems is assumed. Prospective readers are graduate students, scientists, and other researchers in control theory and its applications. Much of the material in the book is new.