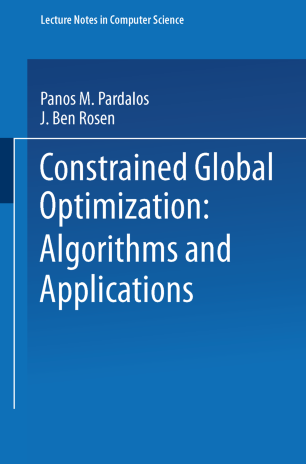 Global optimization is concerned with the characterization and computation of global minima or maxima of nonlinear functions. Such problems are widespread in mathematical modeling of real world systems for a very broad range of applications. The applications include economies of scale, fixed charges, allocation and location problems, quadratic assignment and a number of other combinatorial optimization problems. More recently it has been shown that certain aspects of VLSI chip design and database problems can be formulated as constrained global optimization problems with a quadratic objective function. Although standard nonlinear programming algorithms will usually obtain a local minimum to the problem , such a local minimum will only be global when certain conditions are satisfied (such as f and K being convex).