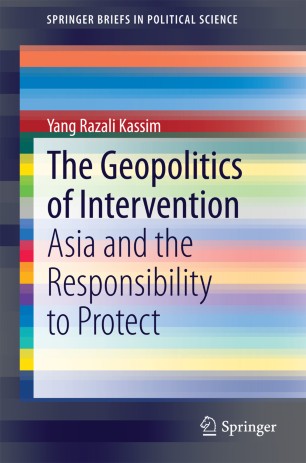 The Geopolitics of Intervention

Asia and the Responsibility to Protect

This book reviews the global dilemma and tensions over whether to intervene or not to intervene in severe civil conflicts which test the validity of the new doctrine of Responsibility to Protect or R2P. It particularly assesses R2P’s relevance for Asia, which is defined broadly in this book to include West Asia or the Middle East and the region’s emergence as the most severe threat to international order in the form of the Arab Uprisings. While East Asia and South Asia have their share of situations that warrant R2P-justified interventions, it is the conflicts in West Asia that have severely tested the viability of R2P. Has this new norm been effective as a tool for international law and diplomacy? Are there prospects for a tweaking or repositioning of R2P as advocated by some scholars and governments to make the concept more acceptable to the global community, including Southeast Asia? Has the Westphalian doctrine of state sovereignty and non-intervention become superfluous as a result of the rise of R2P? Will a new doctrine of “Eastphalia” or “non-intervention with East Asian characteristics” emerge in its place, led by China as well as like-minded Asian and other states?