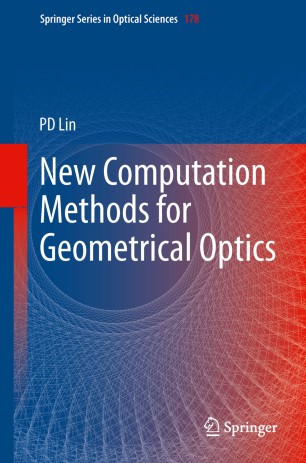 This book employs homogeneous coordinate notation to compute the first- and second-order derivative matrices of various optical quantities. It will be one of the important mathematical tools for automatic optical design. The traditional geometrical optics is based on raytracing only. It is very difficult, if possible, to compute the first- and second-order derivatives of a ray and optical path length with respect to system variables, since they are recursive functions. Consequently, current commercial software packages use a finite difference approximation methodology to estimate these derivatives for use in optical design and analysis. Furthermore, previous publications of geometrical optics use vector notation, which is comparatively awkward for computations for non-axially symmetrical systems.