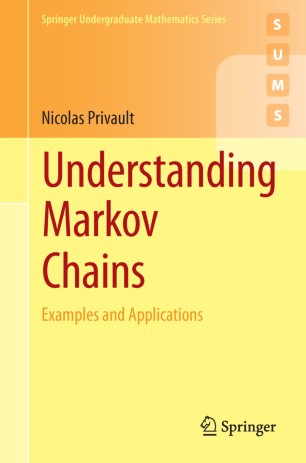 This book provides an undergraduate introduction to discrete and continuous-time Markov chains and their applications. A large focus is placed on the first step analysis technique and its applications to average hitting times and ruin probabilities. Classical topics such as recurrence and transience, stationary and limiting distributions, as well as branching processes, are also covered. Two major examples (gambling processes and random walks) are treated in detail from the beginning, before the general theory itself is presented in the subsequent chapters. An introduction to discrete-time martingales and their relation to ruin probabilities and mean exit times is also provided, and the book includes a chapter on spatial Poisson processes with some recent results on moment identities and deviation inequalities for Poisson stochastic integrals. The concepts presented are illustrated by examples and by 72 exercises and their complete solutions.