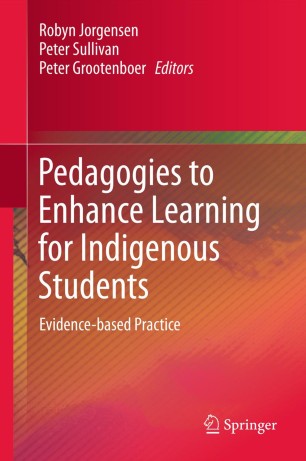 This book describes research undertaken by leading Australian researcher in Indigenous communities. While the chapters are Australian in their focus, the issues that are discussed are similar to those in other countries where there are indigenous people. In most cases, in Australia and internationally, Indigenous learners are not succeeding in school, thus making the transition into work and adulthood quite tenuous in terms of mainstream measures. The importance of being literate and numerate are critical in success in school and life in general, thus making this collection an important contribution to the international literature. The collection of works describes a wide range of projects where the focus has been on improving the literacy and numeracy outcomes for Indigenous students. The chapters take various approaches to improving these outcomes, and have very different foci. These foci include aspects of literacy, numeracy, curriculum  leadership, ICTs, whole school planning, policy, linguistics and Indigenous perspectives. Most of the chapters report on large scale projects that have used some innovation in their focus. The book draws together these projects so that a more connected sense of the complexities and diversity of approaches can be gleaned.

Robyn Jorgensen is a Professor of Education at Griffith University. Her work has been predominantly in the area of mathematics education where she has been focused on understanding the ways in which practice includes or excludes particular groups of learners. She has worked across many Indigenous contexts, most recently spending 12 months in Central Australia, but also including work in the north-west of Australia and Queensland. She has an extensive publication record and is the recipient of numerous Australian Research Council grants.

Peter Grootenboer is Senior Lecturer in Mathematics Education at Griffith University. Peter worked in schools for 12 years as a teacher, senior teacher and Dean before moving into the tertiary sector. In 1997 he received a Jim Campbell Award – a national award for teaching excellence in mathematics in New Zealand. Peter completed his MEd and EdD through the University of Waikato focussing on mathematics education and educational leadership. Recently Peter’s research has focussed on Indigenous education, and issues related to equity and identity in mathematics learning and teaching.

Peter Sullivan is Professor of Science, Mathematics and Technology Education, Monash University. Peter is editor of the Journal of Mathematics Teacher Education, the leading international journal in the field. He was a member of the Executive of the International Group for the Psychology of Mathematics Education for four years. He is currently President of the Australian Association of Mathematics Teachers. Peter has established a reputation among researchers and practitioners for classroom research. His research on the use of open questions in mathematics classes has resulted in 4 books, 2 chapters in books, 12 refereed journal articles, 10 referred conference publications, and 5 research grants. He has also won competitive grants to conduct research on tasks generally, and processes for overcoming barriers to student learning.