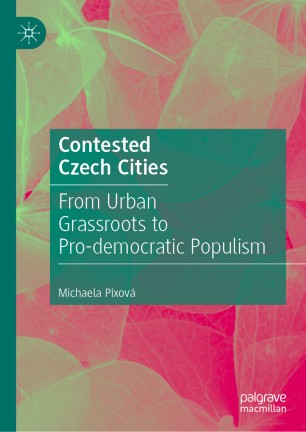 From Urban Grassroots to Pro-democratic Populism

This book focuses on urban grassroots movements in post-socialist Czechia and their struggle against unprofessional and nondemocratic urban processes in their cities. It shows that in the context of neoliberal urban restructuring, weakly consolidated democracy, and corporate capture of the local state, urban activists often resort to entering electoral competition as the only efficient way of improving the situation in their cities. The book is based on four case studies from different Czech cities, narrating stories of activists struggling against a controversial flood protection project, the demolition of public buildings, an unhealthy land-use plan, arrogant development, and overpriced city halls. It offers valuable insight into the obstacles created by institutionalized forms of power abuse which urban activists must deal with and discusses the pro-democratic potential of urban grassroot movements’ efforts to overcome their limited ability to influence political processes via standard means of civic engagement and protest activities.