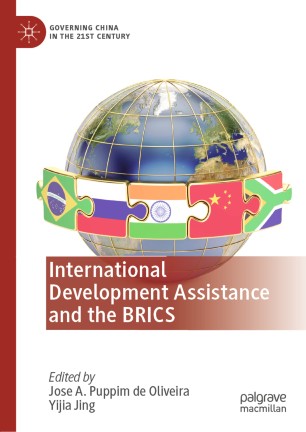 International Development Assistance and the BRICS

This book aims to bring together a series of analyses on international development assistance in the BRICS, the group of countries that includes Brazil, Russia, India, China and South Africa. The BRICS states comprise approximately 3 billion people (~40% of the World’s population) and in terms of GDP account for 16.8 trillion dollars (~22% of the World’s economy). Over the last decade the loose coalition has evolved to become a formal partnership on both economic and political fronts. The first formal meeting of the then-four BRIC countries took place in 2006 during the United Nations General Assembly. This was followed in 2009 by the first summit of BRICS' heads of state, an event which has been convened annually ever since. On 3-5 September 2017, the ninth BRICS Summit was hosted in Xiamen, China. This book, an anthology of scholars based in BRICS countries, provides invaluable insights into the emerging global south coalition, and will be of interest to scholars, employees of NGOs, and China watchers.
Jose A. Puppim de Oliveira is a faculty member at Fundação Getulio Vargas (FGV/EAESP and FGV/EBAPE), Brazil. He also teaches at the Fudan University, China, and the Universidad Andina Simon Bolivar, Ecuador. Jose holds a Ph.D. in Planning from the Massachusetts Institute of Technology (MIT), USA.