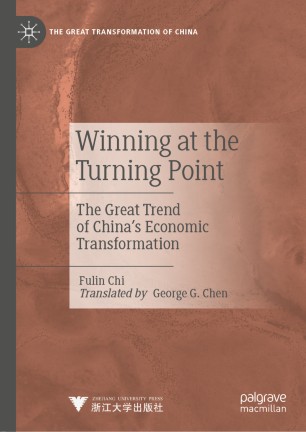 Winning at the Turning Point

Part of the The Great Transformation of China book series (TGTC)

This book by influential policymaker Chi Fulin lays out in issue-oriented and detailed chapters, at a time when China is at a crossroads, exactly how the government plans to deal with the social, political and economic issues the world's second-largest economy faces. From managing the decline of industry, to urbanization, to managing consumption, to social security and education, Chi offers a roadmap for the years ahead. This book will be particularly fascinating to Western scholars of China who speculate on the inner workings of the Chinese policymaking elite, with the ambition of China's central planners here laid out for the world to see.
Fulin Chi is one of China's most influential policy thinkers. He is a research fellow, a doctoral supervisor, a member of the 11th and 12th National Committee of Chinese People's Political Consultative Conference, Director of China Institute for Reform and Development, concurrently Vice-president of China Society of Economic Reform, Vice-president of China Society of Administrative Reform, member of the Expert Committee for the 13th National Five-Year Plan, and specially-appointed professor at a number of higher education institutions including Chinese Academy of Governance, China Executive Leadership Academy Jinggangshan, Peking University, and Zhejiang University in China and Northeastern University in the United States.