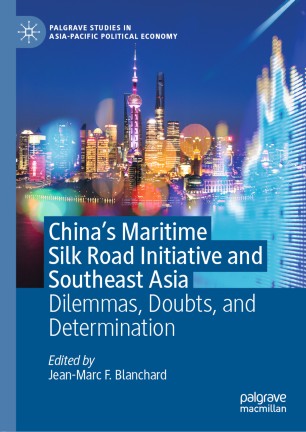 This book delves into the political-economy of China’s Maritime Silk Road Initiative (MSRI), part of the larger Belt and Road Initiative (BRI), with a focus on Southeast Asia (SEA). It represents the second in a three-part book series on China’s MSRI. It discusses the state of the MSRI in various SEA countries such as Indonesia and Myanmar, highlights the international and domestic economic and political factors that shape individual SEA country’s embrace of China’s scheme, and examines the effects of China’s MSRI in individual SEA countries such as Cambodia and Malaysia. It also contemplates the role of third parties such as India and the United States on the behaviors of SEA countries and the implementation of the MSRI. It shows the MSRI is neither a boon nor bust and that the MSRI’s progress and effects are contingent on many factors requiring attention by those wanting to understand China’s mega initiative.
Jean-Marc F. Blanchard, Ph.D. is Executive Director of the Mr. & Mrs. S.H. Wong Center for the Study of Multinational Corporations (USA) and Distinguished Professor, School of Advanced International and Area Studies, East China Normal University. He is the editor of China’s Maritime Silk Road Initiative and South Asia (2017).