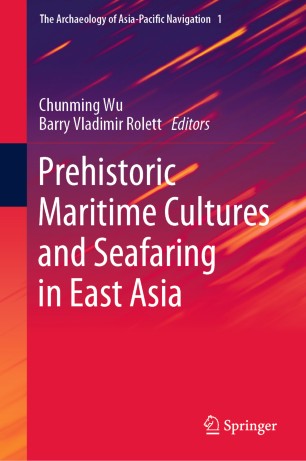 Part of the The Archaeology of Asia-Pacific Navigation book series (AAPN, volume 1)

This book focuses on prehistoric East Asian maritime cultures that pre-dated the Maritime Silk Road, the "Four Seas" and "Four Oceans" navigation system recorded in historical documents of ancient China. Origins of the Maritime Silk Road can be traced to prosperous Neolithic and Metal Age maritime-oriented cultures dispersed along the coastlines of prehistoric China and Southeast Asia.
The topics explored here include Neolithisation and the development of prehistoric maritime cultures during the Neolithic and early Metal Age; the expansion and interaction of these cultures along coastlines and across straits; the "two-layer" hypothesis for explaining genetic and cultural diversity in south China and Southeast Asia; prehistoric seafaring and early sea routes; the paleogeography and vegetation history of coastal regions; Neolithic maritime livelihoods based on hunting/fishing/foraging adaptations; rice and millet cultivation and their dispersal along the coast and across the open sea; and interaction between farmers and maritime-oriented hunter/fisher/foragers. In addition, a series of case studies enhances understanding of the development of prehistoric navigation and the origin of the Maritime Silk Road in the Asia-Pacific region.