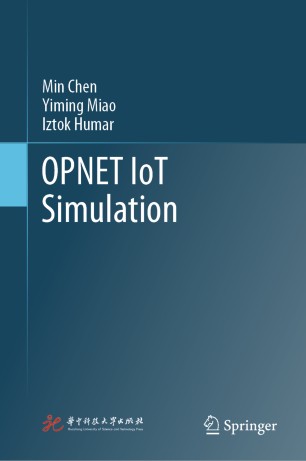 This is the first book offering an in-depth and comprehensive IoT network simulation, supported by OPNET tool. Furthermore, the book presents the simulations of IoT in general, not limited by OPNET. The authors provide rich OPNET IoT simulation codes, with detailed explanation regarding the functionalities of the model. These codes can facilitate readers’ fast implementation, and the shared model can guide readers through developing their own research.

This book addresses various versions of Internet of Things (IoT), including human-centric IoT, green IoT, Narrow band IoT, Smart IoT, IoT-Cloud integration. The introduced OPNET IoT simulation provides a comprehensive platform to simulate above-mentioned IoT systems.  Besides, this book introduces OPNET semi-physical simulation in detail. Based on this technology, simulated IoT and practical cloud are seamlessly connected with each other. On top of this “IoT-cloud-integration” semi-physical simulation environment, various smart IoT applications can be realized.

He is also director of the Embedded and Pervasive Computing (EPIC) Lab at HUST, and Chair of the IEEE Computer Society (CS) Special Technical Community (STC) on Big Data. He previously served as an Assistant Professor at Seoul National University (SNU) and as a Postdoctoral Fellow at the University of British Columbia (UBC).

Iztok Humar received his Ph.D. degrees in Telecommunications and Information Management from the University of Ljubljana, Slovenia, in 2007 and 2009, respectively. He is currently an Associate Professor at the same university, where he lectures on the design, management, and modeling of telecommunications networks. His main research topics include the measurement and modeling of network loads and energy efficiency. Dr. Humar has been an IEEE Senior Member since 2010. He is an editor for KSII Transactions on Internet and Information Systems and a guest editor for IEEE Network, IEEE Access, and Future Generation Computer Systems.