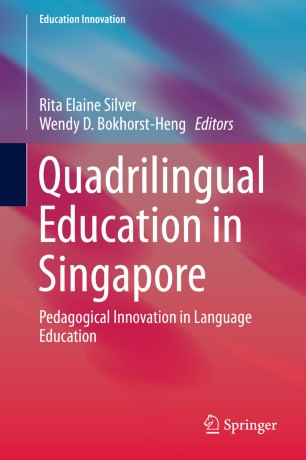 This book explores Singapore’s language education system. Unlike previous volumes, which discuss the bilingual requirement for learning, it focuses on Singapore’s quadrilingual system, bringing together articles on each of the four languages – English, Mandarin, Malay and Tamil – as well as articles that examine more than one language. It highlights past successes, current concerns, and future directions for language education. The book focuses on classroom pedagogy in all four official languages, showcasing how languages are taught and learned in Singapore as a basis for better understanding the system “from the inside out.” The authors present empirical, classroom-based studies on language pedagogy in all four languages, as well as updated information on the current socio-political context and how it has influenced attempts at pedagogical innovation. Consideration is given to the dialectical relationship between policy and practice.  The chapters also include discussions of pre-school-age learning, influences of language policy, home literacy practices, and commentaries by international language-in-education scholars. This approach also provides a basis for international comparison – especially for those who are interested in fostering English proficiency while maintaining one or more national languages. The volume is particularly important in light of the continuing international efforts to integrate English into national educational systems where it is not the dominant language.

Wendy Bokhorst-Heng is an Associate Professor in Education at Crandall University, Moncton, New Brunswick, Canada. Prior to her current position, she has also held positions in Singapore at the National Institute of Education, in Washington, D.C. at American University, and has directed a language program at the British Council in Beijing, China. Her research involves a focus on language policy and ideology, English as an international language, multiculturalism and diversity, and comparative education. Her work has appeared in World Englishes, Multilingua, TESOL Quarterly, Journal of Current Issues in Language Planning. She has also contributed chapters to a number of books. She has a co-authored volume with S. McKay, International English in its Sociolinguistic Contexts.