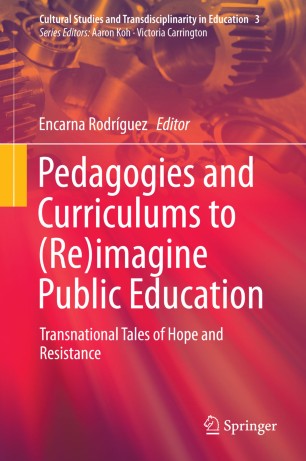 Transnational Tales of Hope and Resistance

Part of the Cultural Studies and Transdisciplinarity in Education book series (CSTE, volume 3)

This book discusses current market-based educational discourses and how they have undermined the notion of “the public” in public education by allowing private visions of education to define the public democratic imagination. Against this discouraging background, this text embraces Freire’s understanding of hope as an ontological need and calls for finding new public grounds for our public imagination. It further articulates Freire’s mandate to unveil historically concrete practices to sustain democratic educational visions, no matter how difficult this task may be, by (1) presenting an indepth description of the pedagogies and curriculums of eleven schools across historical and geographical locations that have worked or are still working with disenfranchised communities and that have publicly hoped for a better future for their students, and by (2) reflecting on how the stories of these schools offer us new opportunities to rethink our own pedagogical commitment to public visions of education. To promote this reflection, this book offers the notion of publicly imagined public education as a conceptual tool to help understand the historical and discursive specificity of schools’ hopes and to (re)claim public schools as legitimate sites of public imagination.