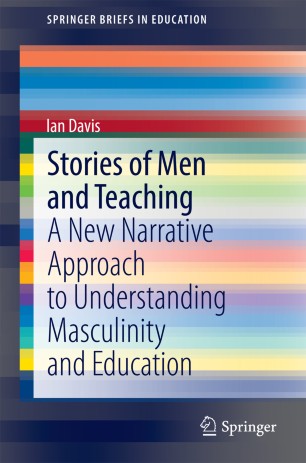 Stories of Men and Teaching

A New Narrative Approach to Understanding Masculinity and Education

This book investigates the dynamic relationship between masculinity, fiction and teaching answering one central question. How are male teachers influenced by fictional narratives in the construction of masculinities within education? It achieves this in three major steps: by describing a methodological system of narrative analysis that is able to account for the influence of a fictional text alongside a reading of interview data, by focusing on a specific cohort of male teachers in order to measure the influence of a fictional text and the literary tropes they contain, both widening and restricting perceptions of teachers and teaching. The book demonstrates how fictional narratives and their encompassing ideologies can become a powerful force in the shaping of male teachers professional identities. The book focuses on a collection of 22 fictional narratives drawn from the teacher text genre. Each text describes the world of teachers and teaching from differing perspectives, in differing forms including, literary texts; dramatic works such as plays or musicals; feature films; and television and radio series. The teacher text is a popular and prolific genre. As part of the analysis the book pilots an innovative methodological process  hat reconciles the structural and textual differences between fictional texts and interview data in an effort to find points of commonality and mutual influence. Stories of Men and Teaching reveals how teaching professionals utilise tropes found in fictional texts in chaotic and unstructured ways to manage points of professional intensity as they arise. Key features such as legacy, fear, belonging, reparation and violence are identified as themes that occupy male teachers most when considering their own identity and professional performance, and each is also represented in the fictional teacher text canon.

As a teacher of fifteen years Ian Davis’ primary interest is in publishing research that will directly inform educational policy and help develop pedagogical practice. He is a relatively new arrival to Australia coming originally from the UK. In the last four years Ian has worked at both Sydney University and now Griffith University with the Institute for Educational Research where he completed my doctoral thesis. Before moving to Australia he worked in London at Croydon College of Higher Education where he was the Head of the Critical and Theoretical Studies Department and before that as a Lecturer in the Education Studies Department. Previous to that Ian worked as a Social Worker and was seconded as a Practice Teacher to the University of the West of England and University College Northampton developing a degree pathway in social work specialising in Youth Mental Health.