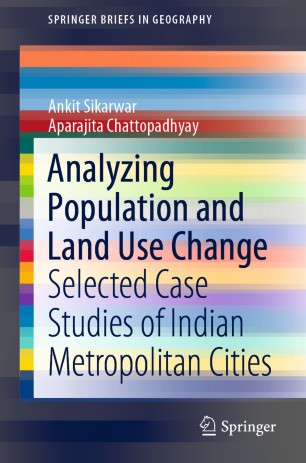 Analyzing Population and Land Use Change

This multidisciplinary book discusses and scientifically analyzes issues related to population, land use/cover (LULC) and environmental transformations in the seven most populated cities in India: Delhi, Mumbai, Kolkata, Bangalore, Chennai, Hyderabad and Ahmedabad. To do so, it closely examines and compares the trends in selected population parameters, including total population, total number of households, population density, population growth rate, percent of total population in slums and intercensal net migration over the past two decades. Presenting the changes in various LULC categories (built-up land, forest cover, agricultural land, fallow land and water bodies) using the supervised classification of Landsat TM-5 images, it assesses the impact of population and LULC on the maximum and minimum temperatures and average annual rainfall in these regions. The book is a valuable resource for researchers and academics in the areas of sustainability, population and development, and environmental studies as well as those in NGOs and humanitarian sectors working in the areas of sustainable development and environment.