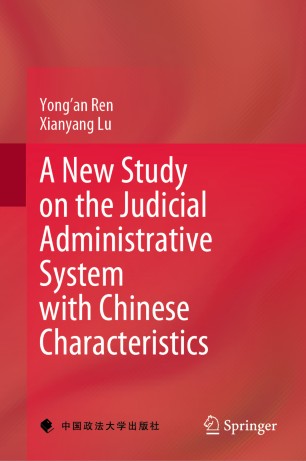 A New Study on the Judicial Administrative System with Chinese Characteristics

Yong’an Ren, who hailes from Yongnian, Hebei Province, is a research fellow, a postdoctoral fellow in theoretical economics, and section chief of the First Research Department, the Judicial Research Institute, the Ministry of Justice, P.R.C. With a doctorate in jurisprudence, he has been engaged for years in theoretical research on judicial administration and scientific research management. Dr. Ren is the author of A Study on the Project Management System for Jurisprudence and over thirty periodical articles. Meanwhile, he has presided over five research projects from the National Social Sciences Foundation and the Ministry of Science and Technology.
Xianyang LU, of Zhecheng, He'nan Province, is a doctorate in jurisprudence, and an associate professor at Faculty of Liberal Arts and Law of Guangdong University of Petrochemical Technology. A research fellow in administrative law at Shanghai University of Political Science and Law, a key discipline designated by the Shanghai Municipal Government, Mr. Lu is mainly engaged in the research and teaching of constitutional law, administrative law, and economic law. The author of a textbook and some ten journal articles, he has also presided over or participated in five research projects sponsored by the social sciences foundation at the provincial or ministerial level.