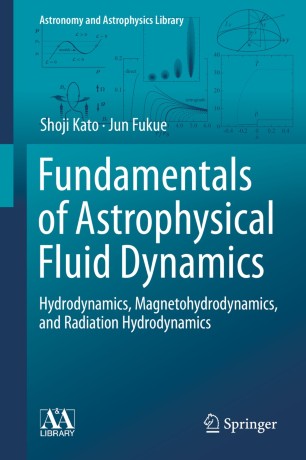 This book offers an overview of the fundamental dynamical processes, which are necessary to understand astrophysical phenomena, from the viewpoint of hydrodynamcs, magnetohydrodynamics, and radiation hydrodynamics.

Intended as a pedagogical introduction for advanced undergraduate and graduate students, it also provides comprehensive coverage of the fundamentals of astrophysical fluid dynamics, making it an effective resource not only for graduate courses, but also for beginners wanting to learn about hydrodynamics, magnetohydrodynamics, and radiation hydrodynamics in astrophysics independently.