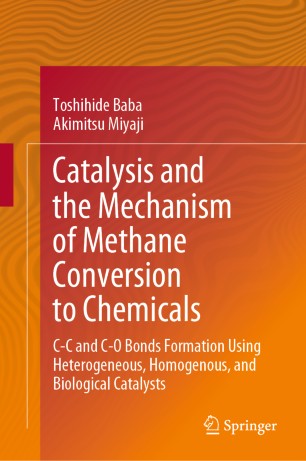 Catalysis and the Mechanism of Methane Conversion to Chemicals

This book introduces various types of reactions to produce chemicals by the direct conversion of methane from the point of view of mechanistic and functional aspects. The chemicals produced from methane are aliphatic and aromatic hydrocarbons such as propylene and benzene, and methanol. These chemicals are created by using homogeneous catalysts, heterogeneous catalysts such as zeolites, and biocatalysts such as enzymes. Various examples of methane conversion reactions that are discussed have been chosen to illustrate how heterogeneous and homogenous catalysts and biocatalysts and/or their reaction environments control the formation of highly energetic species from methane contributing to C-C and C-O bond formation.