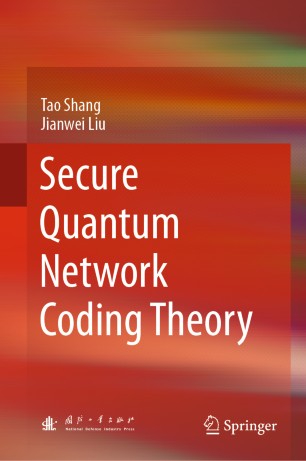 He was born in Yingkou, China, on August 11, 1976, received his Ph.D. degree from Kochi University of Technology, Japan, in 2006. From 2007 to 2009, he worked as a postdoctoral researcher in the School of Computer Science and Engineering at Beihang University, Beijing, China. His current research interests include quantum network coding, quantum cryptography, and network security. From 2009, he began to dedicate more efforts to the combination of network coding with cryptography. Attracted by the great charm of quantum communication, he attempted to combine quantum cryptography into quantum network coding. In recent five years, he has published more than 50 research papers in international conferences and journals, two books, and received two best paper awards, one second prize of Beijing Higher Education Teaching Achievement Award, two projects of National Natural Science Foundation of China, one project of National Key Research and Development Program of China.

He was born in Laizhou, China, on June 14, 1964, received his Ph.D. from Xidian University, Xi’an, China in 1998. Now he is a professor and the dean of School of Cyber Science and Technology, Beihang University, Beijing, China. His current research interests include cryptographic protocol design, security on wireless and mobile network, computer network security, and cryptography. He has published six books and nearly 200 papers in his research fields. He is a senior member of the Chinese Institute of Electronics and director of the Chinese Association for Cryptologic Research.